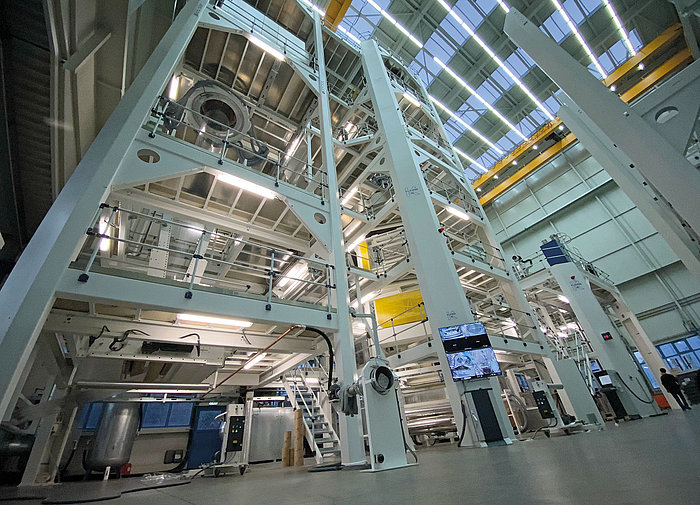 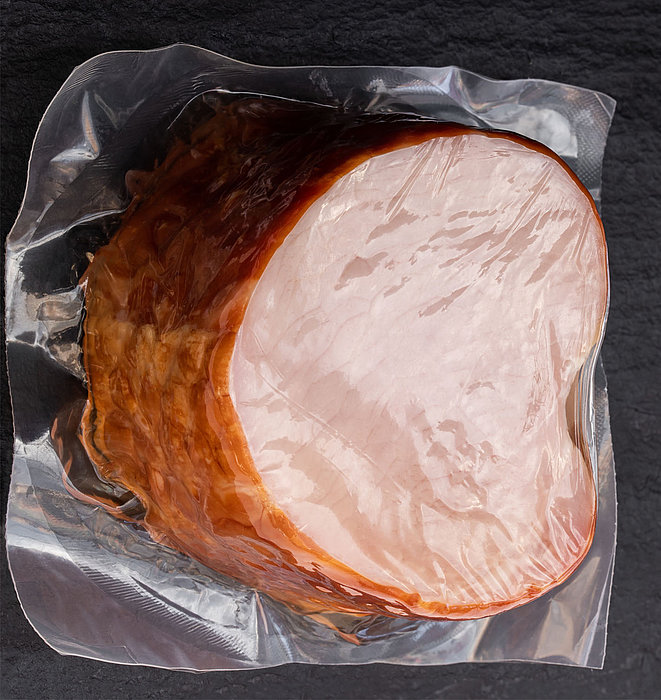 Sankt Augustin, Germany, October 2022 – K2022 will see Kuhne Anlagenbau GmbH for the first time exhibiting as a manufacturer of large-scale lines for producing simultaneously biaxially oriented thermoforming films using Triple Bubble® technology. At a thickness of 80 to 120 µm, these films are only about half the thickness of conventional cast films used in this application, and there is no need to compromise on service characteristics either. The maximum achievable thermoforming ratio is 1:10. This means a reduction in material consumption and thus in the associated greenhouse gas emissions of some 50%. Thanks to optimized cooling rates, these large-scale lines can achieve throughputs of up to 2,000 kg/h or annual outputs of as high as over 15,000 tonnes per year, which means that they can match or even surpass the productivity and profitability of cast film lines. Inventory can also be reduced in downstream processing, while the distinctly lower energy consumption of thermoforming enables a further reduction in CO2 footprint and very good machine processability is also ensured. For manufacturers and distributors, the reduced thickness of the films means lower extended producer responsibility (EPR) levies and assists compliance with the Circular Economy for Flexible Packaging (CEFLEX) sustainability guidelines drawn up by the flexible packaging value chain.

Typical applications for such multilayer films include shelf-life extending vacuum packaging for the transport and storage of large pieces of ham, meat or cheese. Generally based on PA, EVOH and PE, these films combine high transparency with good thermoforming characteristics and elevated puncture resistance. Kuhne Anlagenbau, which developed the Triple Bubble® process in-house back in 1996, has perfected the system and can now offer processors access to the attractive combination of low film thicknesses with the high throughputs which can only be achieved with large-scale machinery. This means the economic advantages traditionally enjoyed by cast films over blown films in this area are a thing of the past.

The Triple Bubble® technology for manufacturing biaxially oriented blown films is named after the serial arrangement of three bubbles. In the first, the film is rapidly cooled using cold water quench technology. Kuhne has further optimized this process for the large-scale plants, so enabling the efficiency-enhancing increased cooling rates which very effectively prevent crystallization processes as a prerequisite for uniform stretching in the following, second stage. The high level of orientation at the molecular level achieved in this second stage significantly improves the films’ mechanical and barrier properties. Thermal relaxation in the third bubble serves to set the desired thermoforming behavior.

Kuhne Triple Bubble® lines currently enable the production of films with up to 17 layers at widths of up to 3,000 mm double flat (6,000 mm film width) and an output of as high as over 2,000 kg/h. The systems are suitable for processing any conventional polymers such as PE, PP, PET, PA, EVOH, COC, EVA, EMA, ionomers etc. Thermoforming formulations which, depending on the weight of the packaged goods, contain well below 10% PA and EVOH, also permit a dramatic reduction in thickness and ensure easy, high-performance processing. Monomaterial solutions based on PET, PA, polyolefins and further polymers are also possible.

Kuhne will be showing models of implemented large-scale lines at its K2022 booth (Hall 17 / A41), which will give visitors an opportunity to familiarize themselves with Triple Bubble® technology. As Kuhne’s CEO, Jürgen Schiffmann, explains: “Working with us gives customers considerably more than just on-spec and on-schedule delivery and installation of the Triple Bubble® line. Our service also includes application-specific film formulation and tuning of process parameters. In our experience, this means that processors can start commercial production immediately without protracted optimization.”

Triple Bubble® is a registered trademark of KUHNE AB